Too Bad! Too Late!
What would you do if you found a skeleton in your closet?

Secondary Illness
There’s a bit of insecurities – and madness – in all of us.

Debt
When Sal doesn’t get paid… there is always Notorious Natalie.

Career Day
Experience the breakdown of one classroom on this special day.

You Are Not Going To Believe This
Perilous things happen when Mr. Titan Talé is not heard.

You Wanna Be a Funambulist?
Once you understand what that means, maybe you'll wanna be one.

Taxi!
Marcus would traverse the country to save his daughter.

Freeway
Finding that special, peaceful moment can be dangerous.

Quarter To
When Perry doesn’t heed the warning, everything is at risk.

Braden’s Pop
Henry will risk looking like a fool to save his town.

THE LESSON
Will Sandra learn The Lesson in time before she totally loses it?

The X’es Mark the Spots
Two holes in the backyard; four places set for dinner….

The Other Side
Harry Montgomery drags through his days, until one special boy enters his life.

My Boaz
Some imaginations will cause even God to come in response.

Excerpts
Excerpts from each section of Salted With Fire: 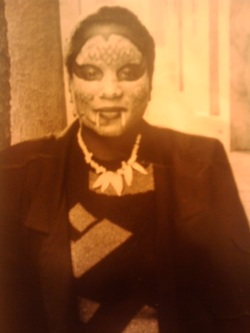 A Child of the World

My mind focused on the multiplying beads of sweat running down my forehead, each one trying to reach my chin first. Sal was going to come any minute, too soon to conjure up some excuse as to why I had to leave without making a payment toward what I already owed him, a measly $500.

This was his fault. Why the hell would he have me come here! He knew I would not be able to resist a touch and pull of the arm, or the sounds and flashing of lights. He knew that would lead me to the tables, where even he had banished me from going near! Not really banished, but he urged me with that all-knowing and mockery-driven sneer that made his sagging jowls and baggy eyes jiggle to the point where they looked to be laughing at me. Nothing about him would be laughing once he heard about the $50,000 I lost tonight.... 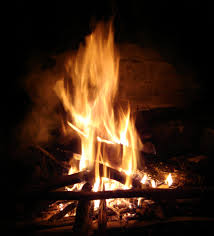 Marcus dreaded the hope he had held onto for so long. Marietta was four when Charlise took her. Now, seven years later, he doubted that he would recognize his own daughter.

An old friend of Charlise finally admitted that she had received a post card from Charlise a year ago. Using what little information he gathered from the postcard, Marcus immediately went looking, driving nonstop, to find Marietta. He barely considered that he had stolen his employer’s car to do so.

To Marcus, it was much worse for his wife to steal his daughter after losing custody of her, as if it wasn’t her fault she decided to live with a convicted child molester....

A Child of God Reborn
The Other Side

It was the usual ho-hum boring day for Harry Montgomery. Work was the same today as it was yesterday and, undoubtedly, like it would be tomorrow. Harry tried not to be depressed, and silently prayed, I thank you everyday, God, that I got a job, that I got a wife and a son.

He tried not to think how going home was no more thrilling than being at work. His wife would be building her farm on the computer, and his son would be crying in the crib, having to wait on his dad to be changed and fed. Steffie felt she did her part at breakfast and lunch.

To boost his spirits, he decided to stop off at 7-11 to get a slushy. He hadn’t had a slushy in years.

Harry couldn’t wait for two things to happen that would change his life 180 degrees for the better. First, he dreamt of his boy being big enough to play ball, to take long walks, and experience the thrills of nature with him. Harry remembered his own thrill and disgust after he poured out from a rusty can worms he collected for a school science project, planning on placing them in a better container. The worms squirmed and intertwined in a glistening, oscillating ball of flesh.... 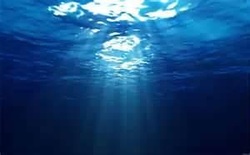 Delve into the ocean blue,
submerging within the hue of
sky diamonds misting
through the atmosphere,
swirling around the shade of
sapphire spilling from a
painter’s procured palette.

Plummet the depth of
God’s comforting hands
and sin’s scathing grasps,
collapsing deep into the
cerulean stillness of
awareness and anticipation,
attaining nothing but a
resounding measure of God’s love.

Salted With Fire by Nancy LaRonda Johnson is about the transformation of a woman from worldly to spiritual values. It is a sort of confessional theme with the author letting you peek into some of her most personal stories and episodes in her life. Flash fiction always has its own appeal and the twelve poems in the book are soul-searching ones. They reveal the subconscious mind of the writer.

I found the book spiritually uplifting. It is not always that one decides to change. Changing is not easy, especially from being worldly to being spiritual. During the time when the world around you is so negative, it requires a lot of mental strength and determination to go through it. So this book is highly motivating and inspiring. Another aspect of the book I liked was the discussion at the end of each chapter which explains to the reader in detail what the stories mean in terms of the Bible. The discussions are short and crisp but they aid the reader in coming to a better understanding of both the prose and poetry.

The book is also a nice mix of poetry and prose. They both reveal the inner struggle and the emotional upheavals of the author. The author's fearlessness in revealing her emotions should be appreciated. It is not always one gets to read confessional books where the author speaks about themselves. The combination of prose and poetry gives a kind of credibility to the author's emotional state of mind. On the whole, a very inspiring book.