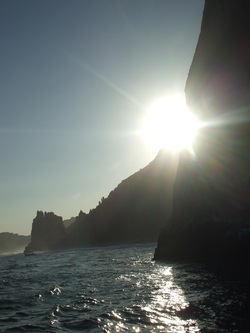 Michtam and Gent, two best friends raised as brothers in a small Christian town, share a devastating piece of history…one is the son of a serial killer, while the other is the son of the killer's only surviving victim.

The Snatcher, an infamous killer of young girls, was also Michtam’s father. Consumed by guilt, Michtam leaves his hometown, intending to bring solace to the families who never learned what happened to their children. He discovers a mother whose daughter disappeared eighteen years ago. She lives in isolation, so obsessed with her lost daughter that it tore apart her marriage. However, instead of bestowing peace to this grief-stricken mother, Michtam destroys her only reason for living when he confesses that his father murdered her little girl.

Tormented over the suffering he caused the mother, Michtam gives up, too ruined even to return home. Beyond all hope, he nonetheless finds a way to bring God's healing to those who have lost so much. But a new killer is on a quest to cleanse the city of impure elements. Michtam now learns there is someone even more brutal than his father, someone who wants to annihilate everything Michtam represents.

In the meantime, Gent, the son of the only surviving victim of The Snatcher, is burdened by his own crisis. He is unable to live as a gay man in his beloved Christian town. During a voyage of self-discovery and faith, Gent finds fulfillment and brings courage into the lives of a couple marred by violence and the ravaging effects of mental illness.
​
After setting off on separate paths, Michtam and Gent embark on journeys that will disturb and entice as they discover the true meaning of forgiveness and acceptance.